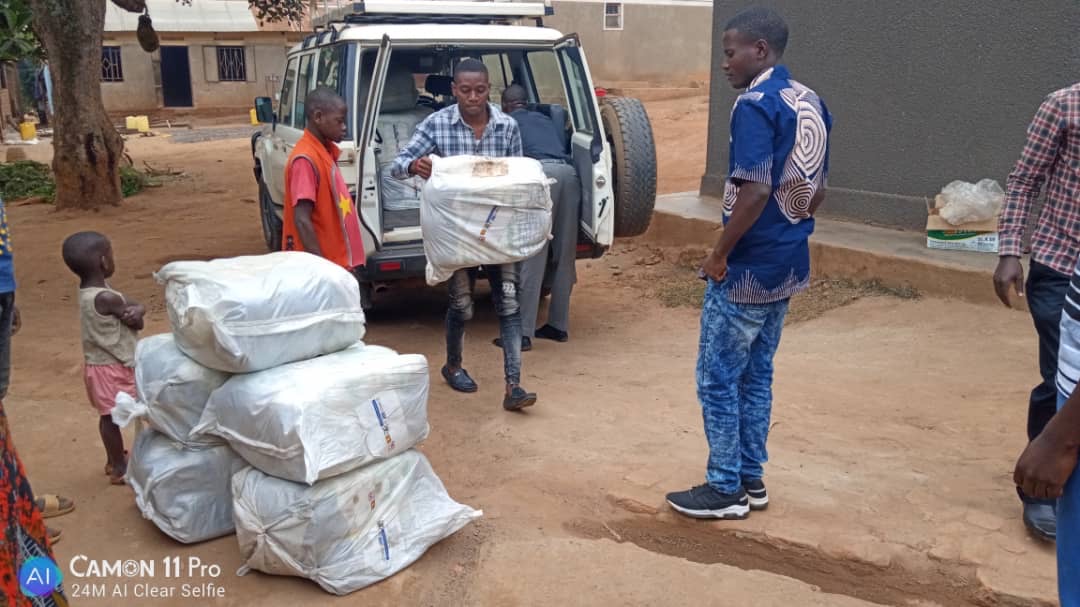 Nakatereke Paulina is a single mother aged over 50 and resident of Nakateete Village, Nakateete Parish, Kisekka sub-county in Lwengo District. She is the household head of a family with seven children and five grandchildren, including OVC.

According to the household assessment that was conducted in October 2019, the household was found in a critical state with no income-generating activities, poor hygiene, nutrition and health, surviving on hand-to-mouth agriculture.

The source of food in this household was the return given after work and and this was supplemented with the home grown food which could hardly sustain the large family of more than twelve members. The household members survived on a single carbohydrate meal per day, mainly porridge. As a result, children manifested signs of malnutrition.

Some children dropped out of school at an early age and some of them are child-mothers. According to the care giver, this is because the low household economic status cannot uphold children in school. Family members were prone to malaria as they were not sleeping under mosquito bed nets.

In response to this unpleasant situation, the household was provided with mosquito bed nets from the Peace Corps and the US Presidential Malaria Initiative, which greatly improved the health status of the family members.

In addition, Kyamaganda Community Development Organization, with support from Rakaii Health Science Program, provided a booster grant of one pig and maize bran in October-December quarter, with hope that this income generating activity will have a multiplier effort to sustain and uphold the household. The household will also receive farm inputs to improve food security and to improve the nutrition of members, especially the children. The household will be monitored closely in the subsequent period to access the progress that will be made.